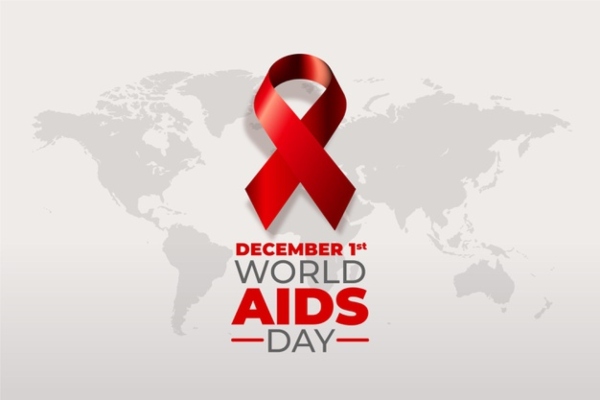 A Brief introduction to HIV/AIDS

More than 36.7 million people are positive for human immunodeficiency virus (HIV) and India has the third largest HIV epidemic in the world, overall, there is a decline in the country with a decline of 54% of AIDS related deaths between 2007 and 2015.

World AIDS day is commemorated on December 1st every year to show support to the people suffering from AIDS and to bring about awareness and remove the stigma surrounding the disease.

AIDS was discovered in the 1980s and HIV was isolated to be the cause in the year 1983.

Before we go into the details of the disease, let us know the terminologies, an HIV positive individual is one that is tested positive to have the virus, whereas HIV-AIDS (acquired immunodeficiency syndrome) is when the individual’s CD4+ cell counts are low, causing them to have dangerous infections. A person who is HIV positive need not necessarily have AIDS, but every AIDS patient is HIV positive.

A virus known as the Human immunodeficiency virus causes AIDS

How is AIDS transmitted?

Can AIDS be transmitted through kissing?

HIV is not transmitted through saliva, but through blood and sexual fluid, so if the person has bleeding sores in the mouth, only then is there a risk of transmission.

Can it be transmitted through oral sex?

Can I recover from HIV/AIDS?

As of now, there is no cure for it but there are drugs that control the viral load and prevent progression of the disease and the complications, people go on to live with HIV for years.

Can I get pregnant if I have HIV without transmitting it to the baby?

Yes, you can get pregnant if you are HIV positive, you just need to be regular with your medication and the baby needs to be delivered by C section and the baby will also need precautionary drugs after delivery.

Can you breastfeed if you are positive?

It is recommended to not breastfeed if the mother is positive to prevent transmission from mother to baby, however if no other alternative is available, it can be done with precaution, as guided by your obstetrician and pediatrician, studies have shown that exclusive breastfeeding has lower rates of transmission as compared to breastfeeding along with additional feeding to the baby, please contact our doctors for further guidance.

How can transmission be prevented?

What happens when you get HIV?

There are cells in our body known as CD4 cells which are immune cells that fight infections, HIV enters the body, replicates and attacks these cells and lowers their number and a low count means that there aren’t enough of them to fight infections, causing a threat to our lives. The symptoms of HIV depend on the number of CD4 cells.

Who is at risk of getting AIDS?

Can children with HIV get vaccinated?

Children with HIV cannot get certain vaccines that are live attenuated, like oral polio vaccine, etc, contact your paediatrician for more information on this, the reason these vaccines are dangerous is because in HIV, the immunity is lowered and the vaccine can cause the active disease as the immune system cannot make adequate antibodies to fight it, this state is known as immunosuppressed state.

(According to the WHO clinical staging of HIV infection)

The illness lasts 3 weeks and is followed by complete recovery

There are minimal to no symptoms at this stage, however virus replication is ongoing in the body.

AIDS develops within an average of 7-8 years and the patients present with fever, weight loss, diarrhea, opportunistic infections, neurologic disease and secondary growth of tumors. It is the final phase of HIV.

How do I get tested for HIV?

An antigen/antibody test is done by drawing a sample of blood. In India, there are integrated counseling and testing centers funded by NACO where testing and counseling is done.

When can I get tested for HIV?

How is HIV managed?

Are there are any side effects to the treatment?

Do I need to tell people if I am HIV positive?

HIV positive individuals are legally bound to tell their partners, it is also the duty of the doctors to notify the spouses/partners of the individual.

What can I do as an individual to help HIV patients?

The stigma surrounding the disease is still prevalent even with the developments made over the past few  years, it is important to make the patient feel included in society and de-stigmatize the illness so we can fight it together as a community and reduce the risk of transmission and bring down the disease burden, which we cannot do if we make the patient feel scared and vulnerable, which prevents them for taking adequate care of themselves, it is crucial to provide sex education in schools and to young adults so they are well informed of risks and are taught to practice safe sex as the golden saying goes, prevention is better than cure.