Causes For White Discharge After Urination In Males

Causes For White Discharge After Urination In Males 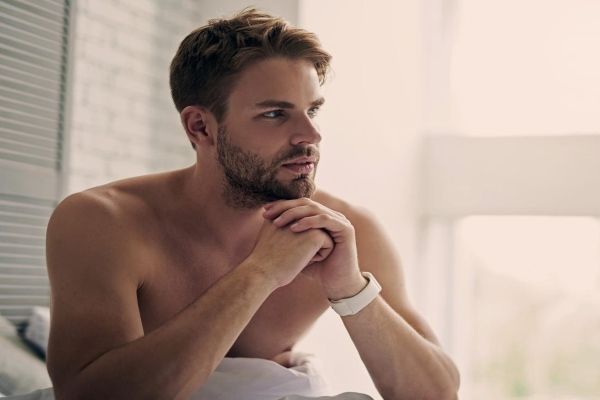 What is a penile discharge?

Penile discharge is any liquid or substance that discharges from the penis, which is neither urine nor semen. This white discharge after urination in males usually comes out of the urethra that runs through the penis and exits at the body’s head. The consistency or colour of this substance may vary between white and thick or clear or watery, more like a transparent liquid.

The white discharge in men’s urine is a common symptom of sexually transmitted diseases (STDs), which include gonorrhoea and chlamydia. There are some other diseases and abnormalities as well, which
might result in the discharge of white mucus in urine in males of penile substance. However, these transmitted diseases are not dead-serious and do not provide any major harm to individuals.

Nevertheless, they need to be taken care of and require medical treatment in case it happens to your penis.

In this article, we will talk about all those infections and diseases that may become a reason for your white discharge in urine in males. Also, we will find out how to treat them and be sure that they are not a sign of any transmitted diseases.

One of the most important things about this infection is that UTIs are not associated with only females. Males are also prone to this infection where the Urinary tract infection can cause a certain kind of white liquid in urine in males. However, there are different types of UTIs which mainly depend on where the infection is.

Now, there are certain factors that an NGU can cause. They include:

● White discharge in urine in males

● Getting burning sensations while urinating

● Itching around the penis area

● Tenderness caused around the area

Here are also some of the most potential sexually-transmitted-diseases that can cause NGU, which consist of the below-mentioned pointers.

● Various bacterial infections in your body

● May damage the urethra from a catheter

● Other genital injuries may also happen

● Presence of white fluid in urine in males

This is described as a condition where a walnut-shaped gland starts to appear in the area that surrounds the urethra in your body. The gland is responsible for making prostatic fluid that is a basic component of semen. It is a condition that causes inflammation, which ultimately leads to infection or injury. Here are some possible symptoms of prostatitis which are listed below:

● Pain around the penis area

● Occurring of blood in the urine

● Facing difficulty in urinating, sometimes accompanied by pain and discomfort

● May lead to a weak and interrupted urine

● Facing uneasiness and difficulty in ejaculating

As far as its treatment is concerned, sometimes it tends to resolve on its own, or with a short-term treatment of a few days or weeks. This type of prostatitis is known as acute prostatitis. On the other hand, chronic prostatitis refers to a condition where the infection sticks around for a minimum of three months. Often it doesn’t get resolved with treatment as well; however, you can get on some medications to relieve some symptoms and ease out the pain.

It is a thick and white substance that appears under the foreskin of an uncircumcised penis and results in the white discharge in urine in males. The substance is made of skin cells, fluids, and other oils. In fact, smegma is not a kind of penile discharge; however, it looks very similar to it. Although smegma helps in keeping the genital area hydrated and lubricated, it can cause discomfort and uneasiness if not cleaned or washed regularly. Also, the substance creates a moist environment which makes your genital area prone to fungal or bacterial infections.

This infection causes inflammation of the foreskin. It mostly happens to people who have an

uncircumcised penis. Although the situation does not take a serious turn, it can be quite painful.

Several symptoms of balanitis are mentioned below.

● Redness may appear around the glands and under the foreskin area

● Causing pain and discomfort in the genital area

Now there are some factors listed below that can cause balanitis in men, and should be avoided.

● Various skin conditions such as eczema

● Irritation and discomfort caused by soaps and other products

After any type of sexual contact with an individual, it is important to rule out an STD which can be a potential cause of your penile discharge. An STD can be conducted with basic urine and blood tests. Talking about the most widespread and common causes of penile discharge, gonorrhoea and chlamydia are on the top of the list. They can be controlled and avoided with the required treatment along with medications or prescribed antibiotics.

Individuals must keep in mind that STDs are not an outcome of mere sexual intercourse. Anyone can contract an STD by receiving oral sex and sometimes, engaging in non-intercourse sexual activities as well. If left untreated, they can cause several kinds of complications and difficulties. Therefore it becomes important to treat them immediately. If in case you are experiencing discharge and still figuring out what could be the reason for it, it’s better to avoid any sexual activity.